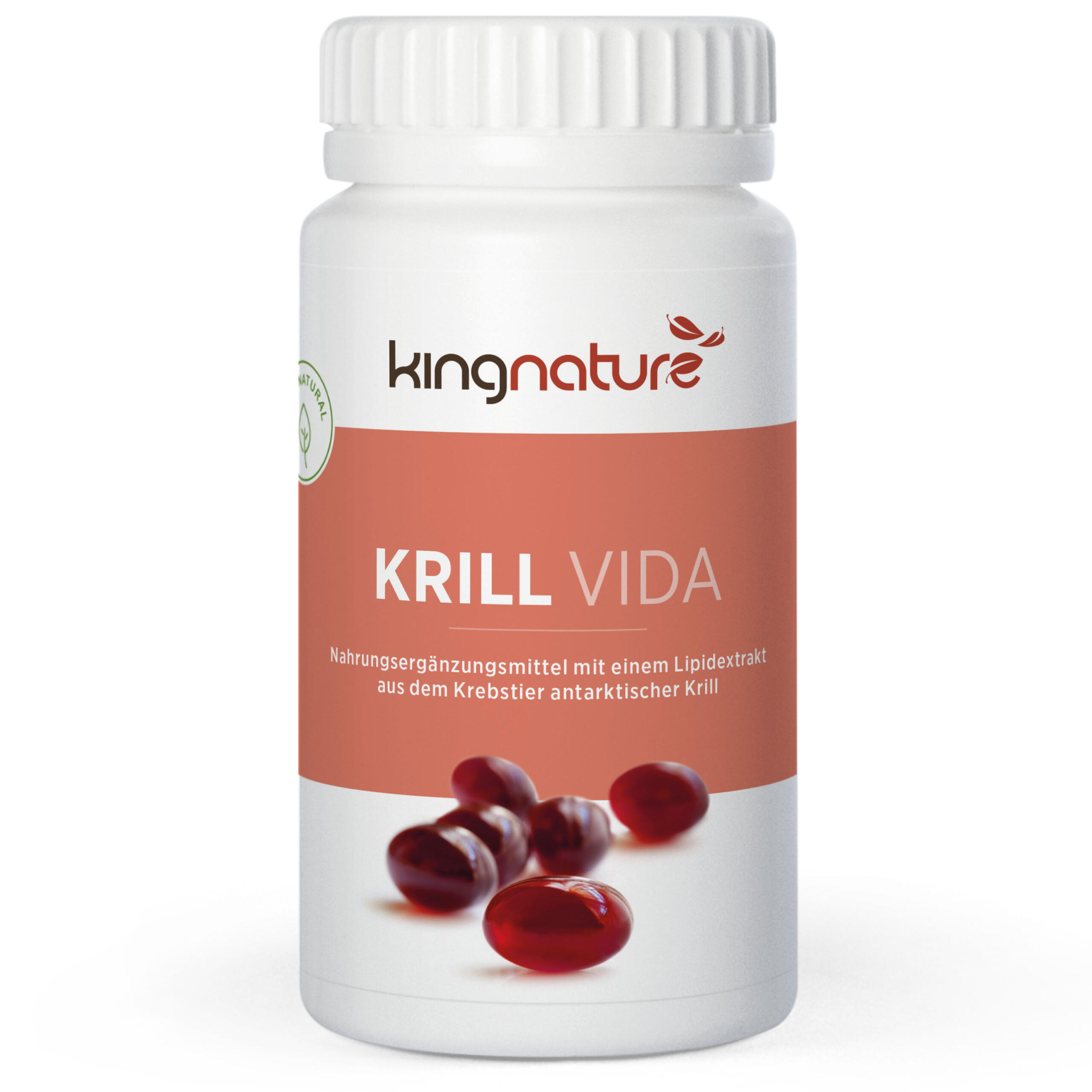 What is Krill Oil?

Krill oil is an extract gained from a species of Antarctic krill —Euphausia superba. This kind of oil contains high quantity of omega-3 fatty acids (EPA and DHA).

Omega-3 fatty acids are polyunsaturated fatty acids. They are essential substances of great importance for human body functionalities, which, however, can’t be produced by the body itself. Although mammals are unable to synthesize omega-3 fatty acids, these essential substances can be obtained through diet. There are three types of omega-3 fatty acids involved in human physiology: ALA—alpha-linolenic acid, EPA—eicosapentaenoic acid, and DHA—docosahexaenoic acid. Common sources of ALA are plant oils and algal oils, while sources of EPA and DHA include primarily fish oils, egg oil, squid oils, and krill oil.

Good for the heart

Krill Vida has a high content of omega-3 fatty acids. The two fatty acids EPA and DHA contribute to normal heart function (at 3 capsules per day).

Further differences between krill oil and fish oil are:

Conversely to many fish species, krill is not threatened by overfishing. The krill population is estimated at approx. 500 million tonnes worldwide, no other animal species in the world is capable to proliferate more than krill. The global krill harvest saturated at about 200’000 tonnes annually, which makes up less than 0.1% of its population. Nevertheless, it is meaningful to only utilize krill from sustainable sources. The krill used in our Krill Vida comes from sustainable and controlled fishing.

Krill Oil vs. Alpha-Linolenic Acids(ALA) out of Plant- and Algal Oil

The adult body usually can turn ALA out of plant oil or algal oil into EPA and DHA. According to this study though, not everybody is able to carry out this transformation. Therefore, it is quite reasonable for many of us to accommodate our body with omega-3 fatty acids via fish or krill.

What’s so special about the krill oil used in Krill Vida?

Buy Krill Vida online now! You will receive a product with high-quality raw materials and an optimized recipe, which is gently processed and controlled in Switzerland. Scientifically tested vital substances from kingnature!

Krill Vida contains 120 capsules each with 590 mg pure krill oil. Net content 94 g. We use a capsule shell made of fish gelatine. Availablity – in Stock.
Krill Vida is also available at your pharmacy or drugstore (Pharmacode 6405264).

Note for allergy sufferers: Contains protein from crustaceans (Shell Fish). Not suitable for persons with crustacean allergy. In case of blood clotting disorder: Please take only after consultation with your doctor.

Nutritional supplements are no substitute for a varied, balanced diet, fresh fruit and vegetables and a healthy lifestyle. Store in a cool, dry place and out of reach of children. Do not exceed the recommended intake.

You can find all product information in the Datasheet Krill Vida.

Contributes to maintaining normal triglyceride levels in the blood.

Contributes to the normal development of the eyes and brain of the fetus and breastfed infant through maternal intake of docosahexaenoic acid (DHA).

Contributes to the maintenance of normal liver function. 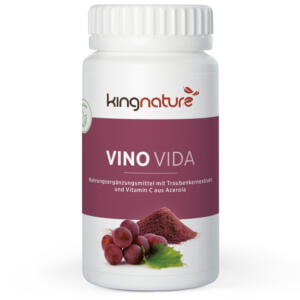 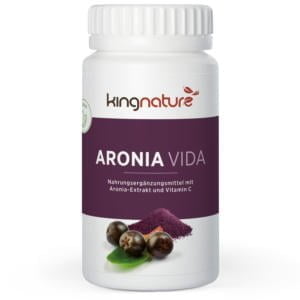 Aronia extract from Swiss aronia berries. 100 capsules with 500 mg each of aronia extract…